Some good news for the visually-impaired who want to send text messages. 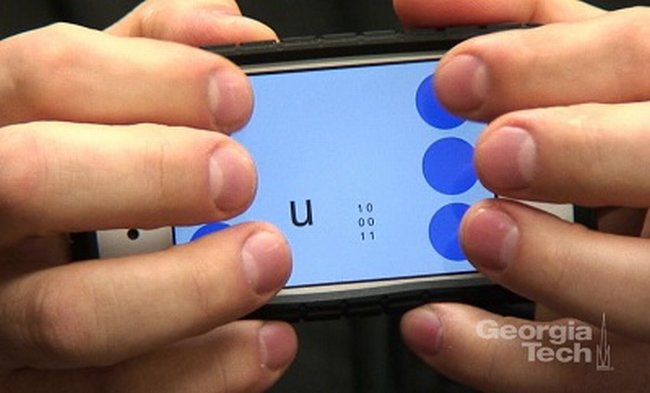 Georgia Institute of Technology researchers have been successful at developing a mobile app that allows these users to text using Braille. This seems a tough call given that smartphones today lack the tactile surface required for reading Braille. But the BrailleTouch, as the app is called, finds a way around this issue.

BrailleTouch offers users three buttons on the left and right side of the screen regardless of the orientation of the device. Such buttons correspond to the dots used by the Braille system to represent letters.

The app reads out the text, one letter at a time, as the user keys in the message.

During its testing period, the app proved successful, granting users the capability to type as many as 32 words per minute, with an accuracy rate of 92 percent.

For those blessed with vision, this invention also opens the possibily of eyes-free input, which is a functionality that developers hope to tap for future devices. There is, however, potential for abuse, as such functionality may encourage those who are driving to text and drive at the same time.

Nonetheless, for the visually-impaired, the BrailleTouch app is truly a welcome invention.