Bowers & Wilkins has this week added a new addition to their range of Airplay speakers, in the form of the newly launched A7 and A5. The two new additions have been designed and created to provide users with plenty of power to listen to their Apple Airplay streamed media. 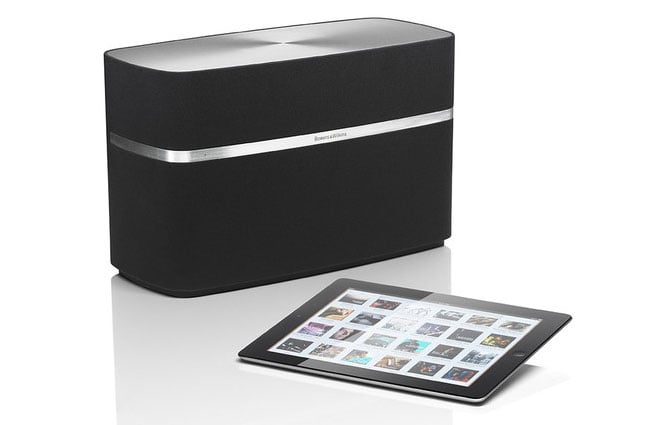 With the Bowers & Wilkins A7 Airplay speaker being equipped with five speakers, 2 x 1 inch tweeters, 2 x 3 inch mid-ranges, and a 6 inch sub providing 100-watts of power. But as you can imagine fitting all those speakers in adds to the weight and has created a 12lb beast of a speaker.