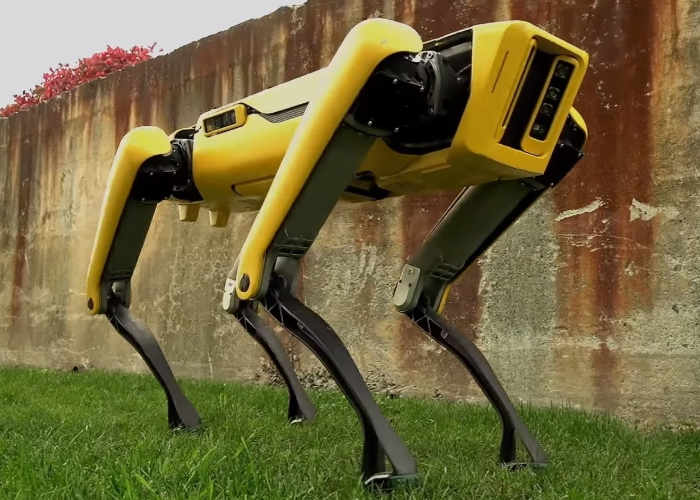 Boston Dynamics have unveiled their next-generation autonomous walking robot in the form of the new SpotMini which builds on the previous designs and now sports a sleek yellow casing to hide all its internal workings. The all electric quadruped robot has been designed for homes, offices and outdoor applications and can be seen in action in the video below.

The doglike robot is now more production ready than any other version and comes equipped with a set of 3D vision cameras allowing the robot to be aware of its surroundings. SoftBank Has now started rolling out the latest SpotMini robot in Japan but you can expect it to be made available further afield very soon. US. Boston Dynamics CEO Marc Raibert explains “I happen to believe that robotics will be bigger than the Internet” during a conference held back in October 2017. For more information on the latest generation of SpotMini robots jump over to the official Boston Dynamics website by following the link below. 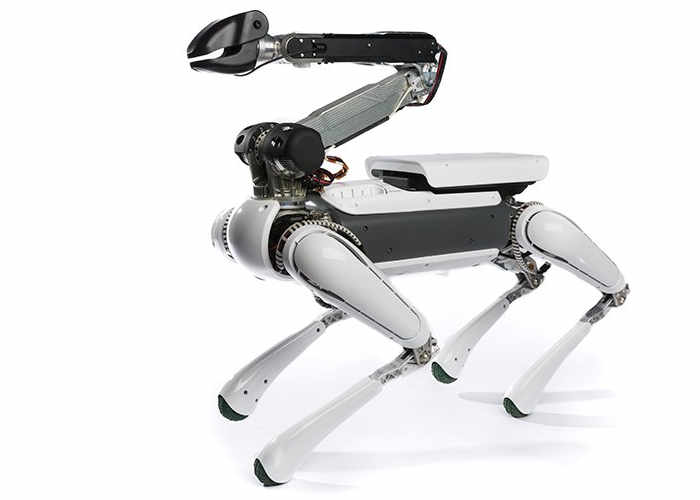 SpotMini is a small four-legged robot that comfortably fits in an office or home.  It weighs 25 kg (30 kg if you include the arm). SpotMini is all-electric and can go for about 90 minutes on a charge, depending on what it is doing.  SpotMini is the quietest robot we have built. SpotMini inherits all of the mobility of its bigger brother, Spot, while adding the ability to pick up and handle objects using its 5 degree-of-freedom arm and beefed up perception sensors. The sensor suite includes stereo cameras, depth cameras, an IMU, and position/force sensors in the limbs.  These sensors help with navigation and mobile manipulation.