It very well should after the countless hours spent engineering it into its current form. If this is the first time you’ve ever read about PETMAN, be warned that it represents the farthest frontier of robotics. Asinine Terminator references aside, PETMAN could finally bridge the gap between robots in their current state as dull machines to the arrival of cyborgs. But don’t worry, that’s still far off. 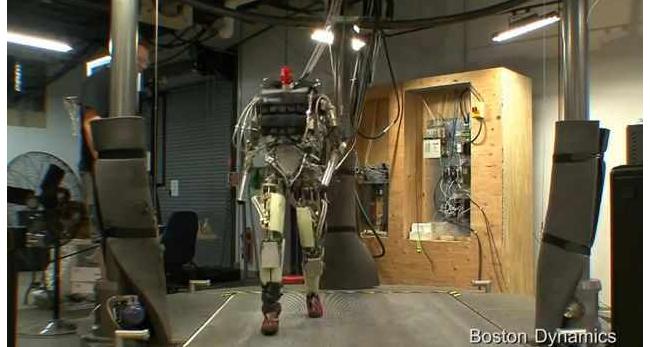 Also, if you are very familiar with the PETMAN program (strange name, huh?) then you’d recall it’s earlier variant from a post two years ago. Skinny and a little awkward, right?

That was all the way back in 2009 though. The new PETMAN is a real piece of work–it can even pose for dramatic pictures. But what is it really for?

Hazardous environments, for starters. See, Boston Dynamics is one of the few privileged firms that are actively working to produce the U.S. Army’s crash test dummies. Basically, PETMAN (stands for Protection Ensemble Test Mannequin) will endure life threatening environments and exposure so that humans don’t have to die doing the same thing.

Its current incarnation doesn’t have a head though. No worries, since a neck and head assembly are coming soon. Expect a post on it.