Boston Dynamics have just released footage of their new biped robot PETMAN.  Which will balance itself and move freely; walking, crawling and doing a variety of  other movments.

balances dynamically using a human-like walking motion; it is a close relative to BigDog, sharing elements of the mechanical desgin and control.

PETMAN was designed as an anthropomorphic robot for testing chemical protection clothing and suit-stressing calisthenics during exposure to chemical warfare agents for the US Army. 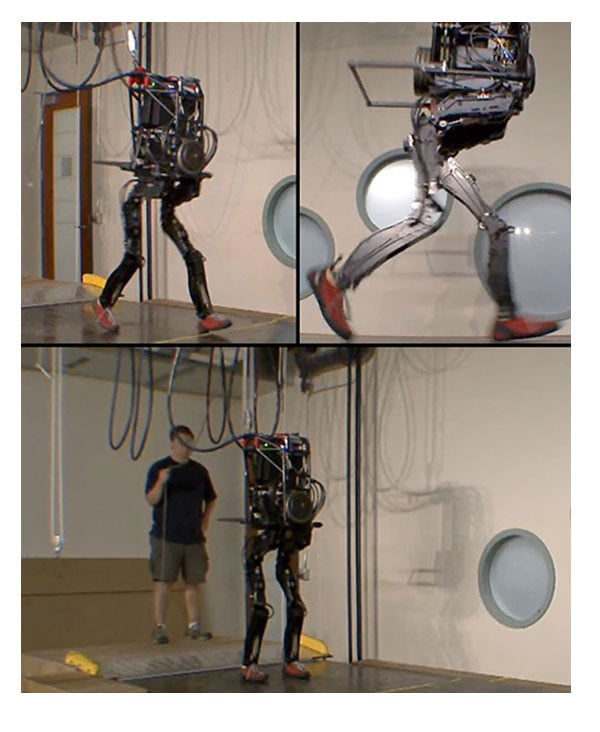 Natural, agile movement is essential for PETMAN to simulate how a soldier stresses protective clothing under realistic conditions. The robot will have the shape and size of a standard human, making it the first anthropomorphic robot that moves dynamically like a real person.

The development program has a 13 month design phase followed by a 17 month build, installation and validation phase, with delivery of the robot taking place in 2011

Via MAKE Via Tech Blog