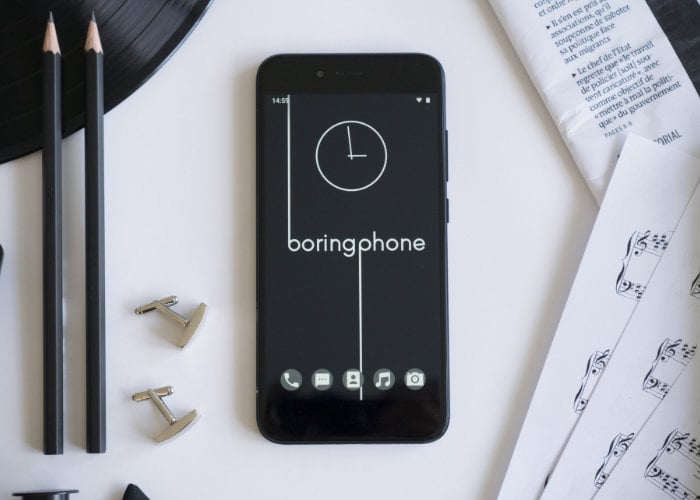 If you are interested in a smartphone without all the bells and whistles of the flagship systems from the likes of Apple, Samsung, One Plus and others you may be interested in the aptly named BoringPhone. A smartphone handset that doesn’t have a browser, email, social media or any other infinite-scroll apps. Watch the demonstration video below to learn more about its inspiration and design. BoringPhone does offer calling, texting, camera, GPS maps, music, podcasts, tethering and more. 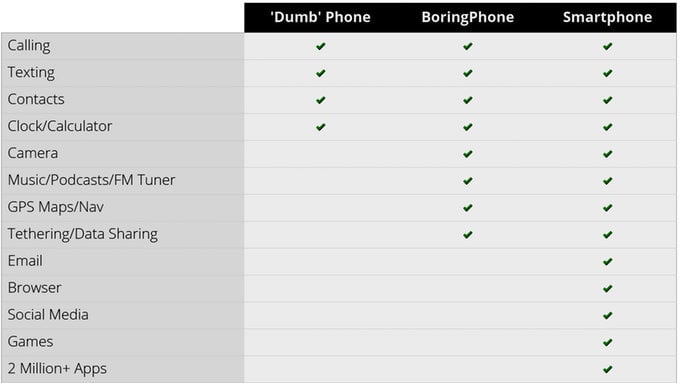 “We’ve built the BoringPhone using existing stuff in a new way. We’ve chosen a good solid handset — nicely built, with a decent camera and a good battery. On to that we’ve put a customized Android operating system (based on LineageOS). Then we’ve selected the best free and open source software. Finally, we’ve removed options for installing new apps.”

“BoringPhone is a small NZ startup with a focus on improving our relationship with technology. It was founded by childhood friends, Alex Davidson and Jasper Mackenzie. Alex had struggled with his own smartphone usage and was looking for something to bridge the gap between old dumb phones and smartphones. Unable to find anything, he and Jasper created a BoringPhone prototype for Alex to test on himself. The difference in quality of life using the BoringPhone was so profound that they believed other people might also benefit from this type of phone.”

The BoringPhone is now available via Kickstarter with early bird pledges starting from £180 with worldwide delivery expected to take place to certain countries during December 2019.