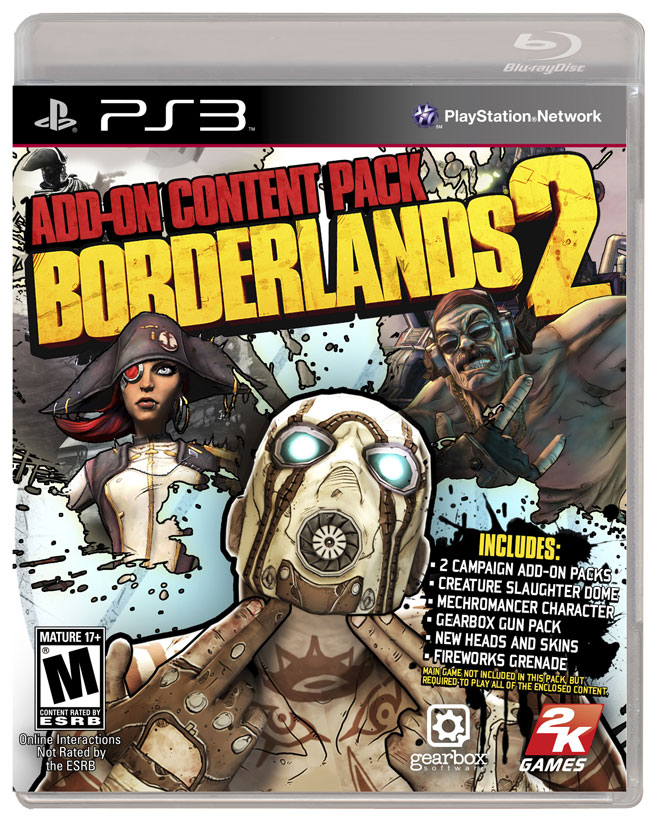 Obviously, you do have to have the original full version of Borderlands 2 to play this add-on content. Your $30 will get you the Captain Scarlett and Her Pirate’s Booty add-on campaign as well as the Mr. Torgue’s Campaign of Carnage add-on.

The content pack also brings the fifth playable character called Gaige, a Mechromancer. It also adds the Creature Slaughter Dome battle arena. Other tidbits that come with the content pack include new skins for characters, a golden key to unlock loot from the building chest in Sanctuary, and unique weapons.