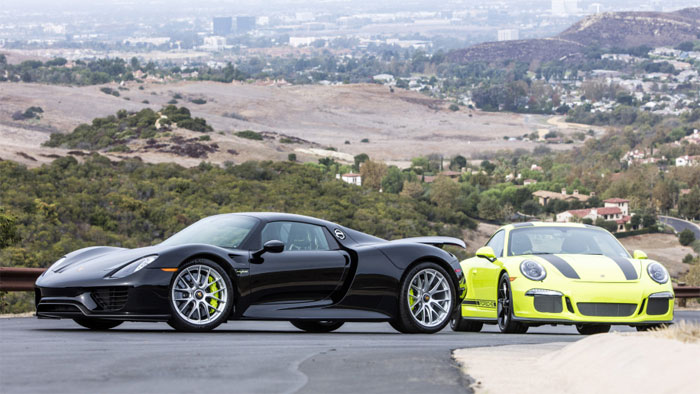 Two of the most iconic Porsche models ae the 918 Spyder and the 911 R. The 911 R is the most desirable and rare of the Porsche 911 line in modern times. It was originally only offered to owners of the 918 Spyder. One lucky 918 Spyder owner was able to buy a 911 R with a matching serial number for his 918.

Both the cars in the image are serial number 290 and they have contrasting paint. The 918 Spyder is black with green brake calipers while the 911 R is green with black touches. There were only 294 918 Spyders made.

That Spyder has 2,300 miles on it and the 2016 911 R has only 37 miles on it. Both cars will be auctioned by Bonhams on January 18 and while there is no official estimate on what they will bring, millions is a safe bet.