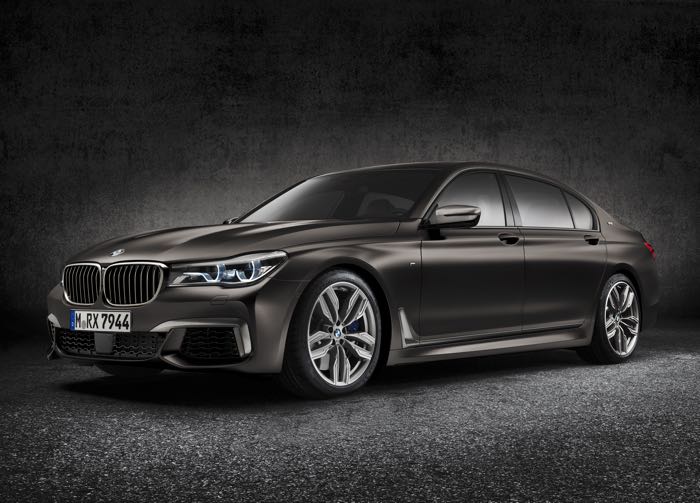 BMW has announced a new model in its 7 Series range, the BMW M760Li xDrive, which is powered by a twin turbo 12 cylinder petrol engine.

There is also an optional M Drivers package that takes the limited top speed up to 189 miles per hour.

The new BMW M760Li xDrive gives a debut to the new M Performance TwinPower Turbo 12-cylinder petrol engine. Concealed under a cover bearing “M Performance” lettering, the 6.6-litre V12 develops output of 441 kW/600 hp* at 5,500 rpm* and peak torque of 800 Nm (590 lb-ft)* at 1,500 rpm* (fuel consumption combined: 12.6 l/100 km [22.4 mpg imp]; CO2 emissions combined: 294 g/km)**. The high-performance unit with leading-edge M Performance TwinPower Turbo technology accelerates the BMW M760Li xDrive from 0 to 100 km/h (62 mph) in just 3.9 seconds* on the way to an electronically limited top speed of 250 km/h (155 mph). If the optional M Driver’s Package is specified, the speed limiter doesn’t cut in until 305 km/h (189 mph). Power transfer is via the state-of-the-art eight-speed Steptronic Sport transmission as standard. The M Performance-specific tuning of the shift programs, delivering sportier gear changes and more instantaneous downshifts throughout the rev range, has been specially adapted to the characteristics of the V12 engine. With its optimal internal efficiency and a gear-change strategy assisted by navigation data, the eight-speed Steptronic Sport transmission contributes to the authoritative driving experience and works seamlessly with the standard Auto Start Stop function.

The BMW M760Li xDrive will go on sale early next year, as yet there are no details on pricing, you can find out more details over at BMW at the link below.