We have already seen a number of self driving cars here at Geeky Gadgets, the latest company to show off their concept of a self driving car is BMW with their ConnectedDrive.

BMW’s Connected Drive uses a number of different sensors to drive the car which include cameras, laser scanners, ultrasound distance sensors and radar, and you can see a car using BMW’s new system driving down the Autobahn in the video below. 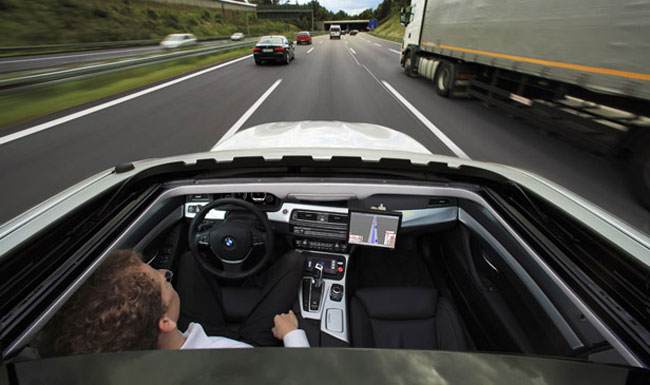 BMW has fitted the technology to a normal 5 series, and as you can see from the video it keeps to the speed limit and also follows the specific traffic laws of the road it is on.

Don’t expect to see this technology in any of BMW’s new cars any time soon, as the company has said that it will be at least ten to fifteen years before the technology is ready for their production cars.