We have already seen a couple of these keyboard cases for the original iPad, and now the guys over at Brando have launched a new version which is compatible with the new iPad 2.

The Bluetooth Keyboard iPad 2 case features a built in Bluetooth keyboard, which can connect to your iPad 2 via Bluetooth and also connect to other devices via USB. 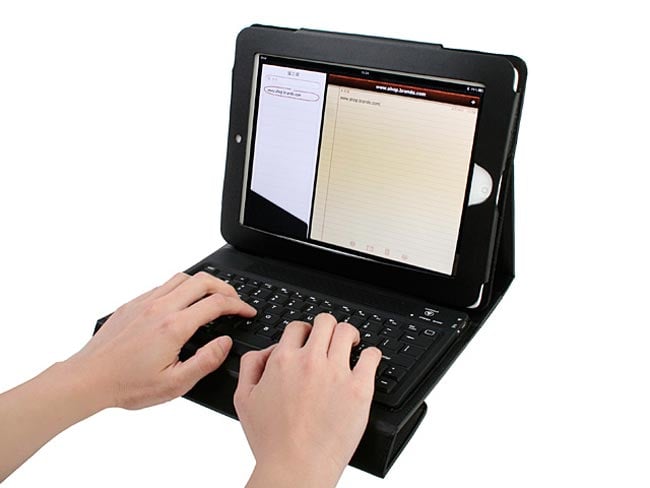 It comes with a built in 450mAh battery, which according to the manufacturer will give you up to one weeks usage. So if you don’t like using the onscreen keyboard on the iPad 2 and want to make your new iPad look like a netbook, the Bluetooth Keyboard iPad 2 case is available for $59 from here.