To celebrate the first anniversary of the awesome Raspberry Pi mini PC, RS components one of the main manufactures and distributors of the mini PC has created a limited edition Blue Raspberry Pi. 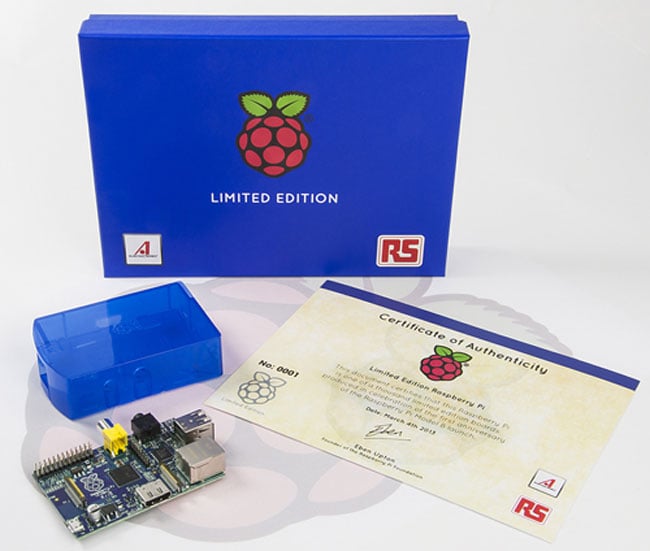 Unfortunately though you will not be able to purchase the limited edition Blue Raspberry Pi mini PC, as most are being donated to charities for events and fund raising. However the Raspberry Foundation is running a competition with a chance to win a Blue Raspberry Pi.

“For four weeks from today, everyone who tweets #bluepi to @RSElectronics along with a suggestion for uses for a blue Pi, or with a great Pi design idea, will be entered into a competition to win one. (Please tweet your entries to @RSElectronics – don’t leave your entry here in the comments, because it won’t be counted.) Every week, the top ten entries will be selected by a panel from RS and the Raspberry Pi Foundation, and those ten winners will be sent a blue Pi. Easy! There will be another competition when these four weeks are up – RS will be running Blue Pi events until June.”

Tweet @RSElectronics using #bluePi and tell them what you would create or design with your limited edition Raspberry Pi. **Competition valid from 4th March 2013. Click for terms and conditions . If you liked this you might also be interested in our essential guide to Raspberry Pi displays and HATS.