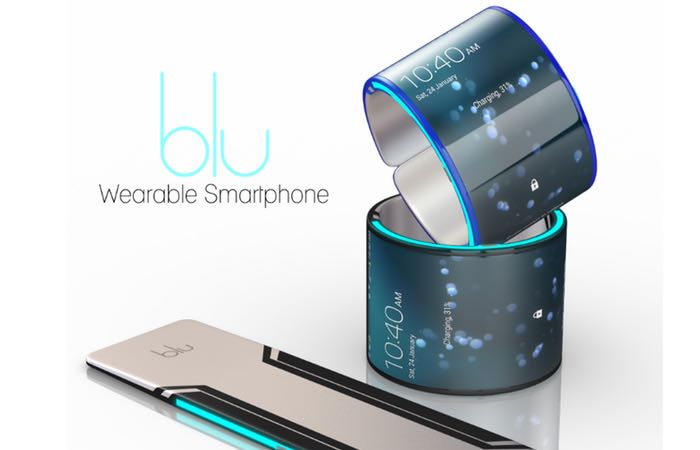 A new wearable smartphone has this week been launched over on Kickstarter called Blu, that is looking to raise AU$600,000 to help take the flexible wrist worn smartphone into production.

Blu has been created to combine both a powerful smartphone together with the convenience of a watch and takes the form of a thin flat band that is wrapped around your wrist.

Blu is powered by a quad-core ARM Cortex A57 processor supported by 2GB RAM and 64GB of storage. Watch the video below to learn more about this unique wearable device and what it has to offer. Its creators explain a little more about the devices inspiration and features.

“Blu isn’t a Smartwatch, it’s a Wearable Smartphone. Blu is the Smartphone on your wrist, the unique combination offering both the ‘power of a Smartphone’ and the ‘flexibility and convenience of a Smartwatch’.

Until now, our only option was a Smartwatch, offering only a small mirror of a Smartphone. Smartwatches just aren’t as “smart” as they could be. We wanted to create a truly smart device for people like you and me so we made Blu.

Blu is a Smartphone, the most personal device offering all the tools and full functionality ready at your wrist. Blu is convenience everywhere, making all activities simpler, faster and extend beyond the normal smartphone’s limits.”

Jump over to the Kickstarter website for more details on the unique wearable smartphone to make a pledge from $252 to make sure you receive one of the very first off the production line. But as with everything on Kickstarter there is always the risk projects may fail before the final launch.