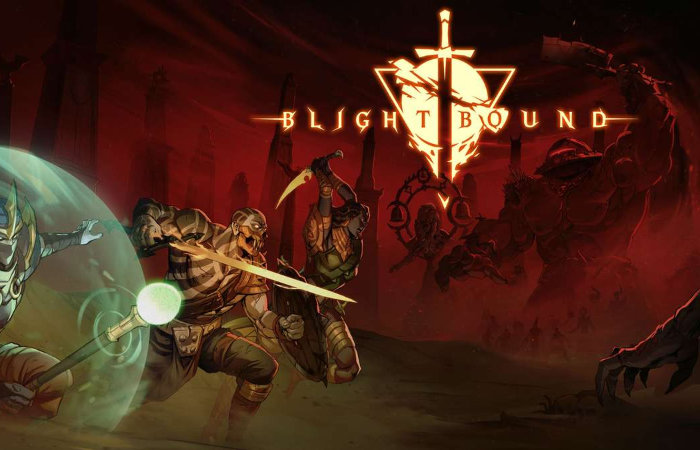 Niel Liao from indie game studio Ronimo Games based in Utrecht has taken to the official Xbox new site to reveal more details about the newly launched cooperative dungeon crawling game Blightbound which is now available to play on the Xbox Series X|S and Xbox One. Within Blightbound you can unlock a roster of 20 heroes at launch each with their own combination of passives, skills, and ultimate abilities. Every hero has weapon and item slots, and you decide how you would like to build your heroes. Check out the launch trailer below to learn more about what you can expect from the dungeon crawl game.

“The world is covered in Blight and littered with mutated wretches, monsters, and other abominations. You play as the heroes of the Refuge, a mountaintop sanctuary untouched by the Blight. Choose one of 3 classes to play as: a tanky Warrior, a deadly Assassin, or a wise Mage. Venture down into the Blight with your party of 3 heroes, where you need to synergize and combine your skills and abilities with your teammates to defeat atrocious boss monsters, especially on higher difficulties. While you are on your adventures, keep an eye out for survivors for the Refuge and recruit other heroes lost in the Blight. Score some sweet, sweet loot by completing dungeons so you can buff up your heroes and customise them to your unique playstyle.”

“As a Warrior, draw aggression from enemies and alleviate pressure from your teammates while still being lethal against enemies who make the mistake of getting up close. As an Assassin, flank the enemies and unleash your deadly arsenal of weapons and abilities to do devastating damage. As a Mage, use your utility to heal your teammates, dictate enemy movement, and repel enemies from a distance.”