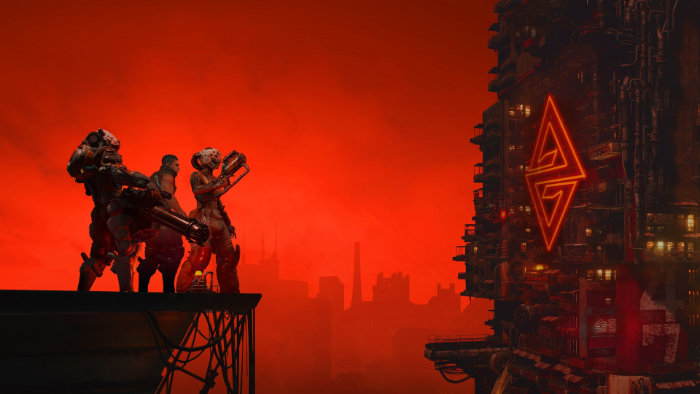 The Ascent indie game has been created by a small team of just 12 developers and offers solo and co-op modes in a role-playing action shooter set on Veles, a packed cyberpunk world. “Welcome to The Ascent Group arcology, a corporate-run metropolis stretching high into the sky and filled with creatures from all over the galaxy. You play as a worker, enslaved by the company that owns you and everyone else in your district. One day, you are suddenly caught in a vortex of catastrophic events: The Ascent Group shuts down for unknown reasons and the survival of your district is threatened. You must take up arms and embark on a new mission to find out what started it all.”

“Created by a core staff of just 12 developers, The Ascent game is a visually stunning title shown in various forms as a next-gen showcase – but it’s actually built to straddle the generational divide, and to deliver ray tracing via DX12 on PC! See how this game looks running on all Xboxes and PC in John Linneman’s tech review.”