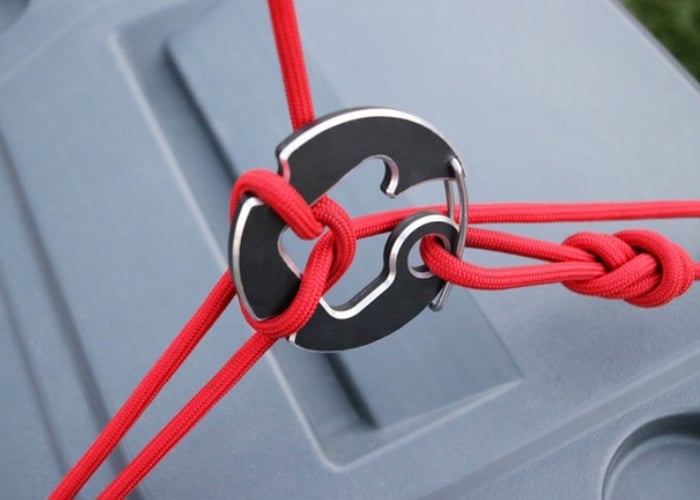 If you need a reliable and strong method of securing gear which also offers quick release access, you will interested in the new carabiner from Blackwall. The unique circular design of the carabiner designed by Brent Garcia, has been created to gather bights of rope (also known as ‘loops’) to form a harness, then unravel once tension is released. watch the demonstration video below to learn more about the quick release carabiner launched via Kickstarter this week.

Early bird pledges are available from just $10 for a single Blackwall Carabiner with worldwide shipping expected to take place during May 2019. “The wire gate prevents rope from accidentally falling within the frame during use. It lets you lower multiple items without having to go with them. The idea came to me while bringing down Christmas decorations from the attic. I didn’t want to climb in and out for every box so I looked online for something. The only systems available were industrial sized, overly heavy, or unreasonably expensive. This is my answer. Now you can lower several boxes in one trip. “

For more details on the unique carabiner and its quick release design jump over to the official Kickstarter project page by following the link below.