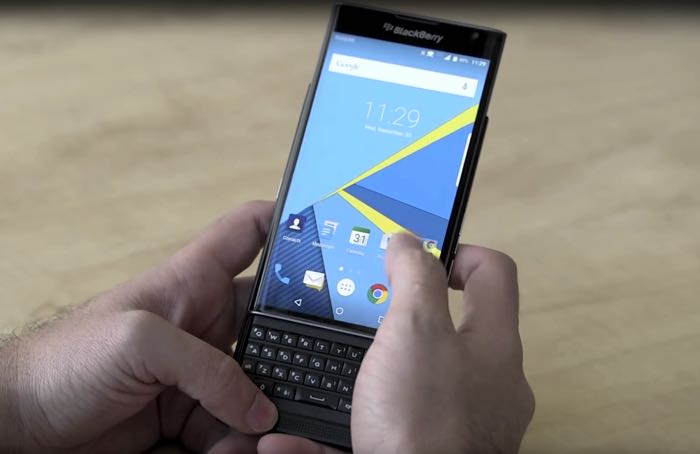 BlackBerry Priv is the Canadian company’s latest high-end smartphone, which ships with Android as its operating system out of the box.

If you based in the UK, you’ll be glad to know that you’ll be able to purchase the handset from ShopBlackBerry’s website carrying a £559.00 incl. VAT price tag.

Initially, BlackBerry had some difficulties when it came to pre-orders due to strong demand, but it seems customers who missed the pre-order period will be able to get their hands on the handset now.

The device comes with the traditional BlackBerry’s physical keyboard as well as an excellent set of specifications on board. The handset is also said to be more secure than the usual Android devices.

The handset comes with a 5.4-inch display sporting a resolution of 2560 by 1440 pixels with 540 DPI pixel density. The processing is handled by a Snapdragon 808 processor paired with 3GB of RAM and 32GB of internal storage. There’s a microSD card slot for expansion, 4G LTE connectivity, an 18MP camera for photos and videos, 2MP front-facing camera and ships with Android 5.1.1 Lollipop as its operating system.

Anyone interested in picking up the BlackBerry Priv in the UK? Sound off in the comments below.