It’s rather interesting to me that to separate the PlayBook from the other tablets on the market RIM tried to position it as a content creation device, not just one for consumption of content. With the focus on making content, the PlayBook had no official keyboard. That keyboard oversight is about to change with a new accessory on the way. 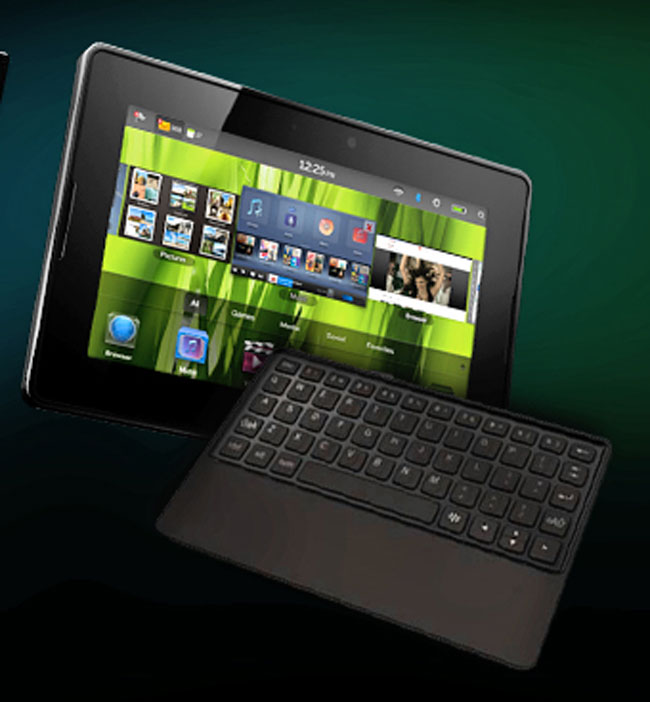 RIM’s Bruce Winter, the head of accessories there, has noted that the leaked keyboard spied online few times is real and is coming. The leaked version was apparently older shots and the real deal will have a track pad for navigation.

The keyboard will apparently dock with the PlayBook and the user will be able to fold them up together and go. It appears to have a standard QWERTY layout and smallish keys, but it will work better than the on screen keyboard for sure. No word on pricing or availability at this time.