The photo below was obtained by the guys over at CrackBerry, and as you can see from the photo, this latest design looks different than the prototype we saw last year. 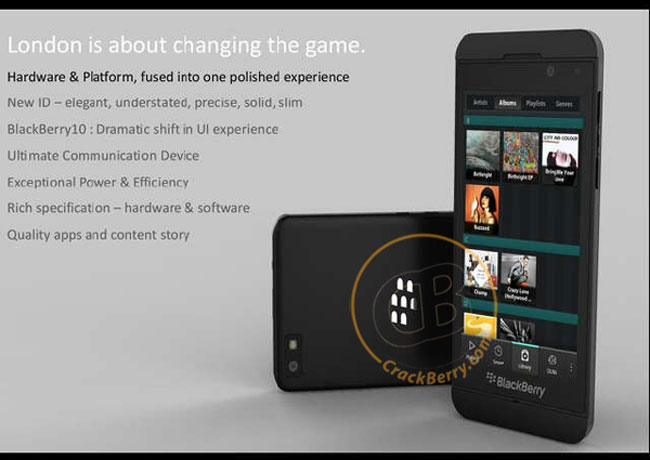 There are no actual final specifications on the device, although RIM are apparently testing both TI OMAP5 and Qualcomm chipsets on the device with a dual core 1.5GHz processor.

As soon as we get some more information on the BlackBerry London and other BlackBerry 10 device we will let you guys know, although we suspect we wont see them launch until later in the year.