If you are looking forward to the launch of the new Blackberry 10 range of smartphones or are just interested in the features they will be equipped with.

A new very quick 1 minute hands-on video with a Blackberry 10 device takes a look at their new camera application and shows you what you can expect. Watch the video after the jump to learn more about the Blackberry 10 camera app and see it in action. 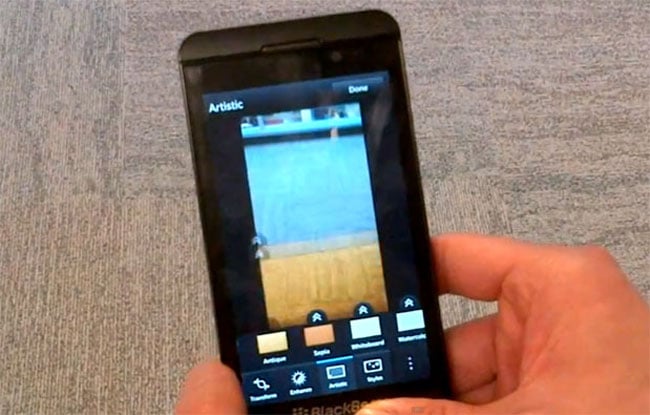 The video has been created by The Gadget Masters, but they explain that this is not the final version of the  Blackberry Z10 and its equipped with only 1GB of RAM instead of the 2GB that will be fitted into the final smartphone . Its also not running final software.

Expect more information to be arriving at the Blackberry press event on January 30th where RIM  will launching their new BlackBerry 10 OS and smartphones.