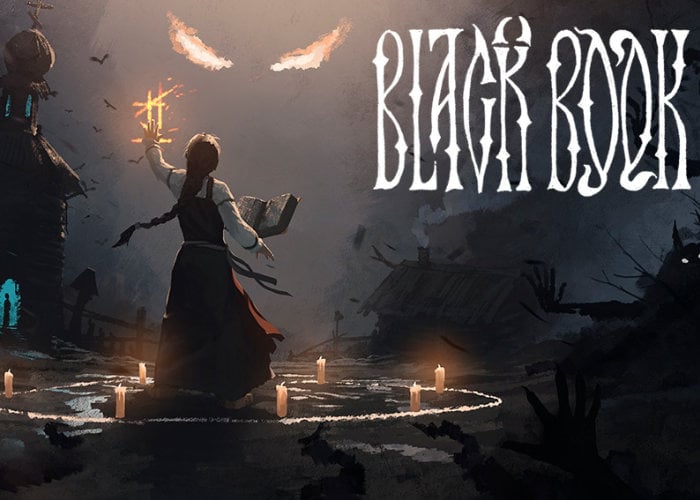 Under 55 hours remain on the Kickstarter campaign created by game developer Follower for their new RPG adventure game Black Book, which has already raised over $130,000 thanks to nearly 4,000 backers. The team at Morteshka has launched their first Kickstarter project this month to raise the required funds needed to take their new slavic mythology RPG video game, Black Book into production. “Dive into this narrative-driven RPG Adventure with card-based combat and explore a world where reality neighbors myth.”

Earlybird pledges are available from $25 for a copy of the PC or console game. Watch the demonstration video below to learn more about the characters, storyline and mechanics of the new Black Book video game.

“A young girl named Vasilisa, destined to become a witch, decides to throw her fate away and marry her beloved – but that dream is shattered when her betrothed dies under mysterious circumstances. Aching for her lost love, Vasilisa seeks out Black Book – a demonic artifact, said to be powerful enough to grant any wish to the one who uncovers all 7 of its seals. Step into the shoes of a devil-fighting sorceress, and travel the province of Cherdyn to unseal the Black Book – and solve the plights of people in need.”