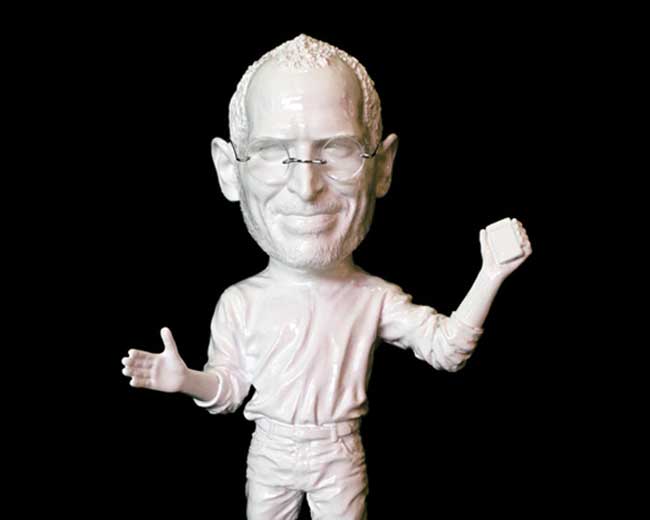 The artist takes the action figure and coats it in a patented plastic porcelain mixture. Some of the plastic in the special porcelain mixture is made from recycled resin created using Steve Jobs’ residential trash. The artist claims that he collected the trash from Steve Jobs’ home a few months before he passed away.