The designer who figured this out thinks children might find it useful. You know, for watching out for strangers who come knocking at the door. How about leave the children guns instead? Uh oh, bad idea! Only in a zombie apocalypse would that be sensible, ladies and gentlemen. Ahem! Okay let’s get into more detail here. 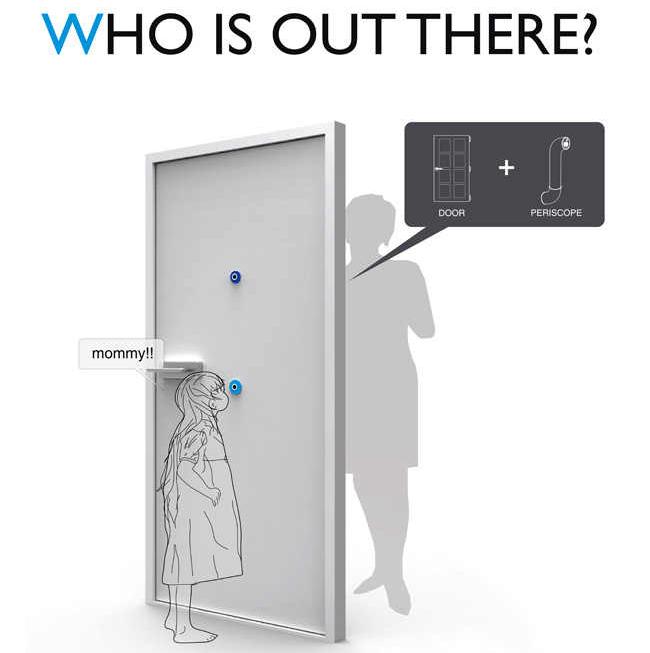 Hyun-June Yang conceived of a periscope embedded in a door to allow a short person looking privileges. Either short people, or children below five years. That sounds strange but it’s the whole idea. The picture above is a nice graphic that does its own bit of explaining in, uh, graphic form.

Of course, other than a periscope, the kid can always ask who it is, right? And why should the kids be left in the house without a guardian? Ah, so confusing!

It seems a generous dose of paranoia influenced this particular design. A periscope, however, is no contraption to be dismissed. There are literally tons of things you can watch using a periscope. Imagine the possibilities!