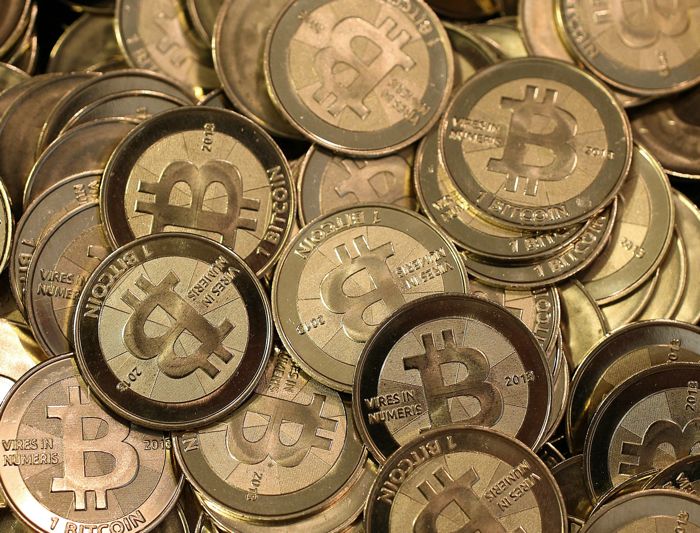 Bitcoin has now shot to its highest value ever, the cryptocurrency has passed the $7,000 mark and has reached a new high of $7,140, the price then dropped back to $7,075. It appears to be on a roll as the currency reached the $5,000 mark last month. 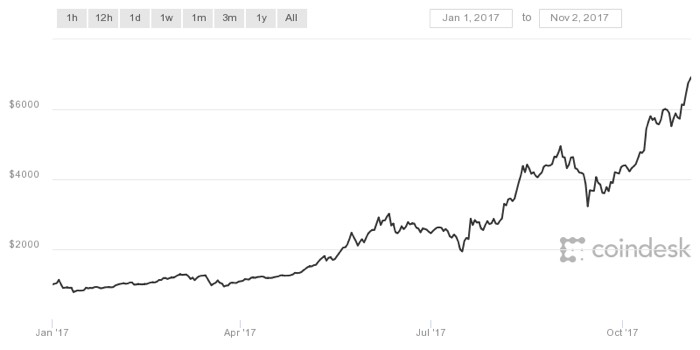 The price of the currency has doubled since then, with an increase to $4,000 on the 12th of August and then $5,000 in October, this latest increase has been the highest this year with a jump of around $2,000 in under a month. It will be interesting to see if it continues at the current pace throughout the rest of 2017

It will the cryptocurrency will continue to rise at the rate is has? or will it drop back down? It will be interesting to see where it is by the end of 2017. At the time of writing the price has dropped back to $,6883.03