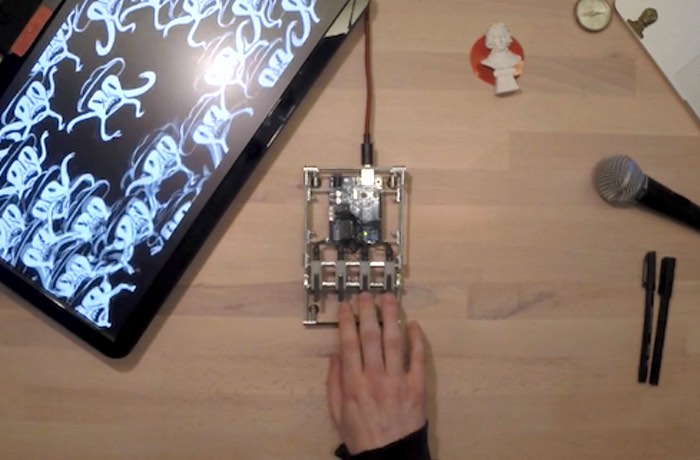 Using an Arduino Development board and Max/MSP a handy four button MIDI controller has been created that is capable of counting from 1 to 15 using only four buttons.

Check out the video below to see the Binary IO Arduino MIDI controller in action and learn more about its construction features and has been created by Benjamin Weber and Jeremy Ondrey.

Developed as part of a semester project, BINARY IO is a nifty little MIDI controller capable of counting from one to 15 using only four buttons. The device, which uses binary code as an input mechanism, is powered by an Arduino Uno and Max/MSP. Semesterproject Interactive Sound.

With a little practice, BINARY IO becomes quite intuitive and fun to play. As demonstrated by its creators Benjamin Weber and Jeremy Ondrey, users can piece together new music with sounds ranging from the piano to the xylophone to the drums.