You might think that if a moon base were ever created allowing astronauts to live on the surface of the moon for extended periods of time, its creation would be by NASA. That might not be the case with a private space company called Bigelow Aerospace planning a moon base for NASA. Below Aerospace has conducted a study of about two dozen companies and research organizations looking for ideas, plans, capabilities, schedules, and costs on certain station initiatives. 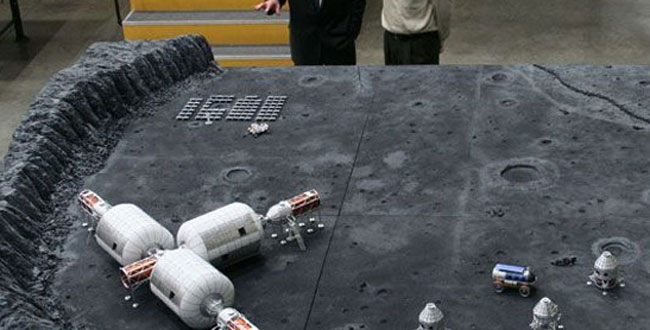 The company was able to draft a report and submit the report to NASA this month approximately 40 days ahead of schedule. NASA plans to look at the report and determine where it can collaborate with private companies such as Bigelow Aerospace to buy services and hardware commercially. NASA is already doing this with some of the private space companies out there by contracting with them to launch spacecraft to send supplies to the orbiting International Space Station.

In addition to the moon base, Bigelow is also looking at its own orbiting space station. The company CEO believes that it could have an orbiting station in space by 2028. NASA plans to release the first part of the study written by Bigelow in the next few weeks. The second part of that particular report is expected to be finished this fall.