If you happen to waste a few minutes of your life on showbiz news, no doubt a little Will Smith might have slipped into your infotainment diet. Ignoring Willow Smith’s musical dirges that pass for pop music and wife Jada‘s shortlived dalliance with her own heavy metal band, Will Smith has caused quite a stir about the huge trailer he brought along to work on the Men In Black 3 set. It’s so darn huge, it barely fits the pic it’s in. 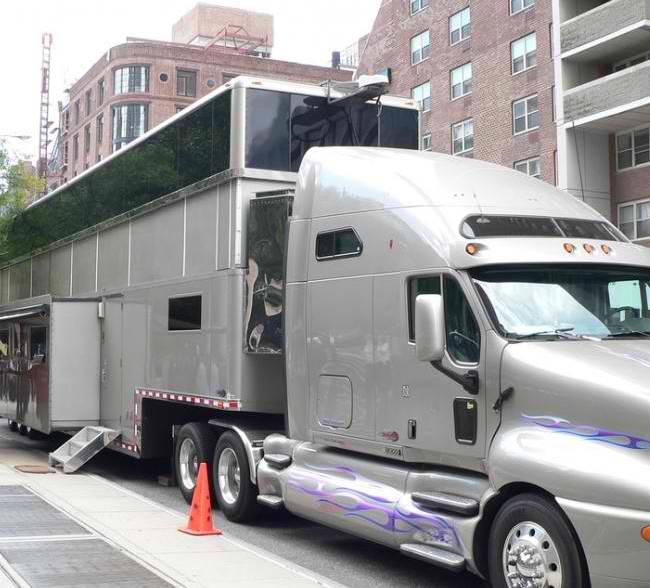 Additionally, it was so huge, it ate up half the street it was parked on as well. We could go on forever about how enormous it is, but that would get stale fast. The real shocker is learning it only cost him $1.8 million hardly a decade ago. After the minor ‘controversy’ Will’s supersized home away from home caused, the offending monster vehicle was moved some distance away from the actual set and poor Will Smith was forced to make do with a far humbler temporary abode.

Oh, right. Will Smith had an equally humongous mobile gym to go with his giant house. At least for him and his family, when the plague from I Am Legend really does break loose, they have the perfect home to survive the rabid zombie-vampire-mutant apocalypse.