Last week we heard about Facebook Home, which is scheduled to launch on the Google Play store on the 12th of April, and now a beta Facebook Home has been leaked, which was pulled from a pre-release HTC First ROM. 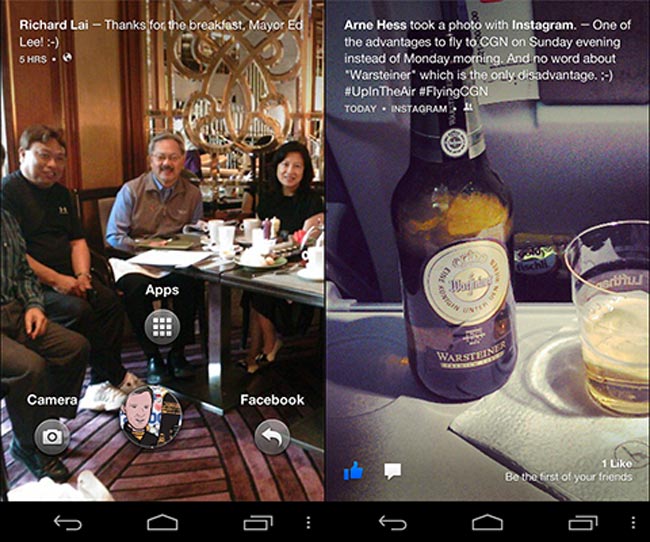 In order to use the leak, you need an Android device with a maximum resolution of 1280×768 and the ability to completely uninstall your existing Facebook app. This is important, as the leaked APKs are re-signed and can’t just be installed over the top of an existing installation. This will automatically exclude some devices which have Facebook installed in the base ROM. If you’re on a Nexus device you’re good! Even if you do have Facebook in ROM, provided you are rooted there are workarounds – i’ll detail these in the comments.

You can find out more details about the leaked beta Facebook Home over at MoDaCo.