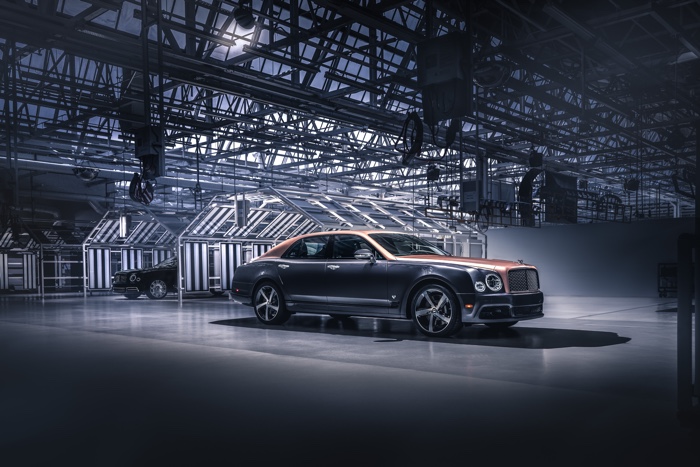 The final Bentley Mulsanne has rolled off the production line and the last vehicles is a special edition 6.75 Edition.

Over the last 10 years there have been 7,300 Bentley Mulsanne cars produced, the final model is on its was to the USA.

With typical end-of-production celebrations curtailed by the COVID-19 pandemic, Bentley Colleagues gathered for socially-distanced photographs with the final cars, and marked the departure of Mulsanne by sharing their thoughts of the outgoing Bentley flagship on camera. Bentley is today releasing both this Colleague film and a suite of imagery of the penultimate customer car – a Mulsanne Speed ‘6.75 Edition by Mulliner’ finished in Rose Gold over Tungsten, heading to a lucky customer in the USA. One extremely special, final Mulsanne remains behind the penultimate car – however, its future home remains a closely guarded secret.

You can find out more details about the last Bentley Mulsanne tom roll off the production line over at Bentley at the link below.