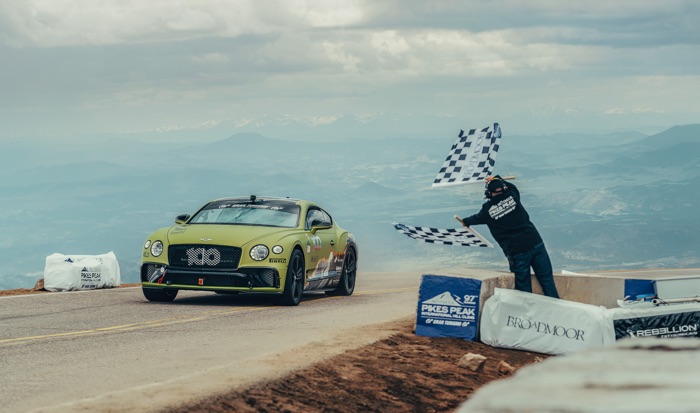 The Continental GT managed a time of 10:18.488 and had an average speed of 74 miles per hour on the 12.42 mile course, the company also previously set a record in the Bentley Bentayga.

Driven by three-time champion, former “King of the Mountain’ Rhys Millen (NZ), the Continental GT conquered the 12.42-mile course in just 10:18.488 taking 8.4 seconds off the previous record and averaging an astonishing 70 mph.

Climbing almost 5,000ft through 156 bends, Millen combined his driving skills with the world’s most advanced 12-cylinder engine to claim the coveted record. With the start line at 9,300 ft and climbing to 14,100 ft, the air is 1/3 less dense than at sea level.

You can find out more details about Bentley’s new record at Pikes Peak over at their website at the link below.