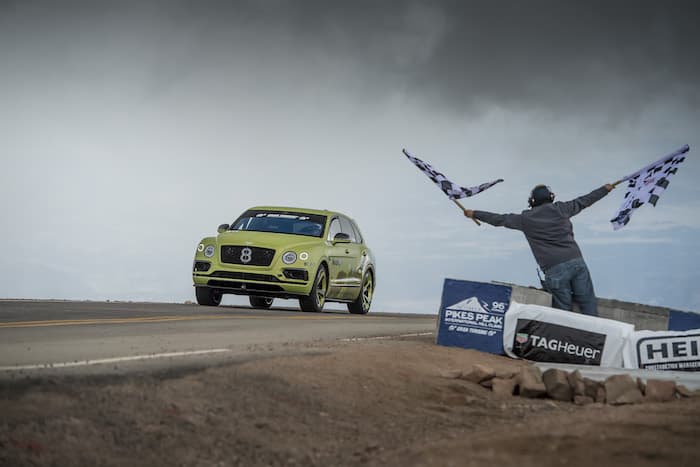 Bentley has completed their run at Pikes Peak and the Bentley Bentayga has broken the record for the fastest SUV on the course.

Bentley took almost two minutes off the previous record with a tile of 10:49.9 for the 12.42 mile course. The car maker will now release a limited edition Pikes Peak Bentayga in the US in August. 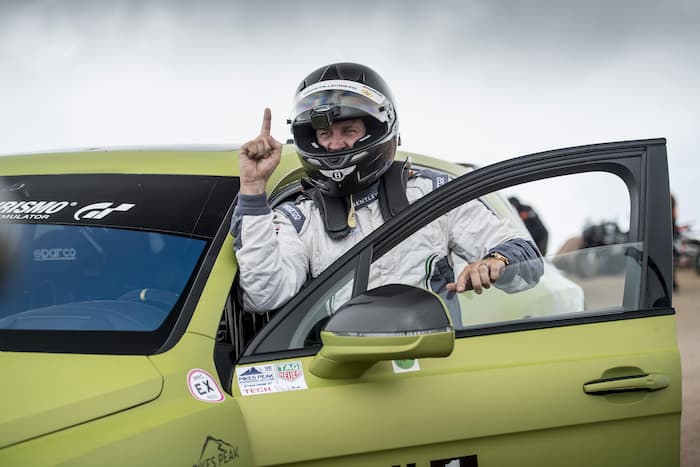 “This record proves the outstanding dynamic ability of the Bentayga – demonstrating again how Bentley Motors is the only automotive company in the world that can combine pinnacle luxury and breath-taking performance. Congratulations to all at Bentley Motorsport and to Rhys Millen and his team.”

“What an incredible machine. To take a luxury SUV with minimal modifications and be able to drive up this course in under 11 minutes is a huge testament to the performance and level of engineering in the Bentayga. I had a great run – the car was planted all the way up and gave me the confidence I needed to push hard. I’m delighted to take the SUV record for Bentley and for everyone that’s been involved in this project.”

You can find out more details about the new limited edition Pikes Peak Bentley Bentayga over at Bentley at the link below.