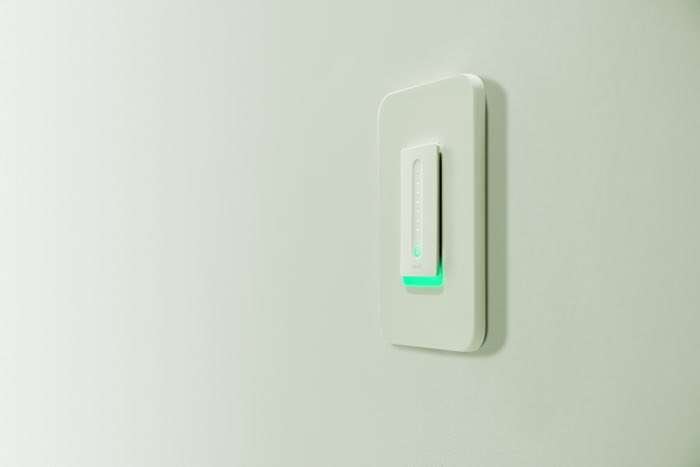 Belkin has launched their Wemo Dimmer Light Switch in the US and the device will retail for $79.99 and is available from a range of retaulers.

The Wemo Dimmer Light Switch is available from Amazon, Best Buy and also from Belkin direct via their website.

“We asked our Wemo users what feature they wanted most for their smart lighting and a Dimmer Light Switch rated as the top request,” said Kara Alexander, senior product manager, Wemo. “Our Wemo customers want dimming so we built it into an elegant wall switch that provides a simple touch dimmer (or via the Wemo app or voice control) to control the mood while also adding features such as randomized lighting schedules to make it look like users are at home when they’re not, or setting the lights to turn on when the sun goes down.”

Wemo Dimmer includes all of the features of the original Wemo Light Switch, plus advanced updates such as Night Mode to prevent harsh lights at night and customized bulb calibration. Current dimmer products have rudimentary dimming settings, which tend to create annoying flickering and buzzing noise issues, but Wemo Dimmer uses the Wemo app to custom calibrate for any bulb type including incandescent lights (up to 400 watts), CFLs or LEDs, to eliminate those annoyances. In addition, Dimmer’s Night Mode feature enables users to set a specific level of brightness during a set period of time, which is ideal for midnight snack runs or checking on the kids when they are asleep.

You can find out more details about the Wemo Dimmer Light Switch over at Belkin at the ;ink below.