Back in CES 2013 Belkin revealed it was working on a new Belkin Wemo Android application for its WeMO range of products allowing users to control their devices around their home. 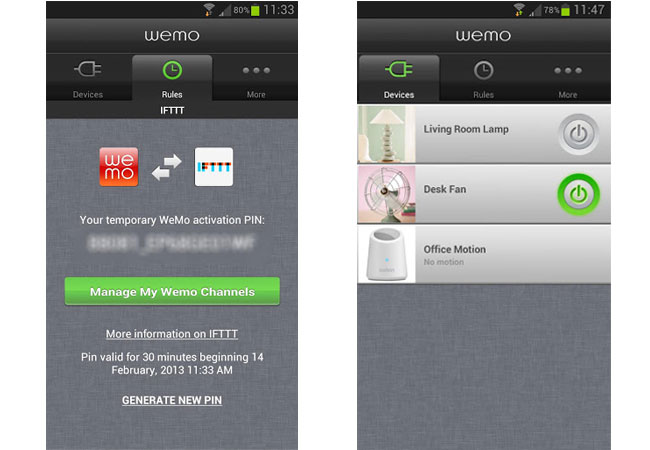 Unfortunately at the current time the Belkin WeMo Beta App is also compatible with the Samsung Galaxy S III smartphone, but hopefully once the new app finishes its beta development stage will be supported by more Android devices. Belkin explains:

“As announced at CES 2013, Belkin will be releasing a fully functional WeMo App for Android 4.0 and higher devices this Summer. This App is an early Beta version, specifically tested on the Samsung Galaxy SIII. Although all 4.0 and higher devices can download the app, stability and performance can’t be guaranteed.”

The new Belkin WeMo Beta application is now available to download from the Google Play Store.