Belkin has this week unveiled the first third-party Apple Lightning Connector accessories, which have been designed for Apple’s new range of devices launched over the last couple of months, including the new Mini iPad and iPhone 5.

Belkin has created a in-car charger cable and a charge and sync dock for the new Apple Lightning connector, which are both priced at $29.99, and are now available to pre-order on the Belkin website with shipping expected to start in the middle of this month. 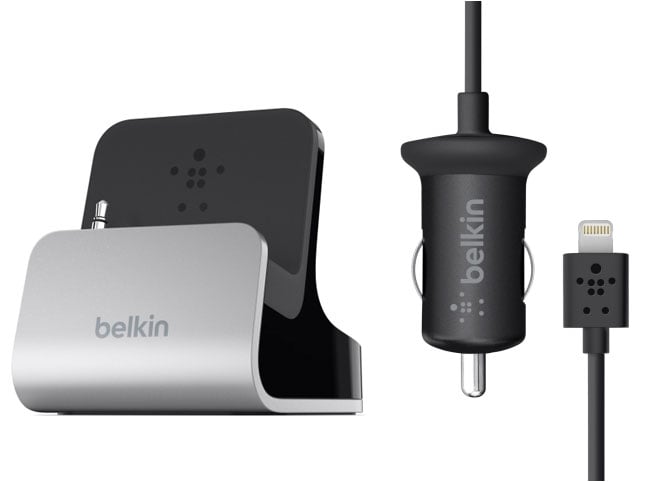 The Belkin Charge + Sync Dock design includes a foldaway AUX jack and removable magnetic base, together with a EarPods audio-out port for headphones or external speakers to be attached.

Martin Avila, general manager of Belkin’s core division explains: “Belkin was the first third-party manufacturer to develop accessories for the 30-pin connector back in 2003, and we are thrilled to be first to market again with solutions for the new Lightning connector,”-“People are eager for Lightning accessories and Belkin’s give them a reliable way to keep their new iPhone 5, iPad 4thgeneration, iPad mini or iPod touch charged, protected, and ready to go.”