A new style of arcade game has been created for the Big Boss Brewing Company called Beercade, which is the very first gaming arcade game to reward good player with a beer.

The Beercade arcade game was created in-house by McKinney from the Flash-based game, The Last Barfighter, that allows players to choose from one of five characters to play. Watch the video after the jump to see it in action. 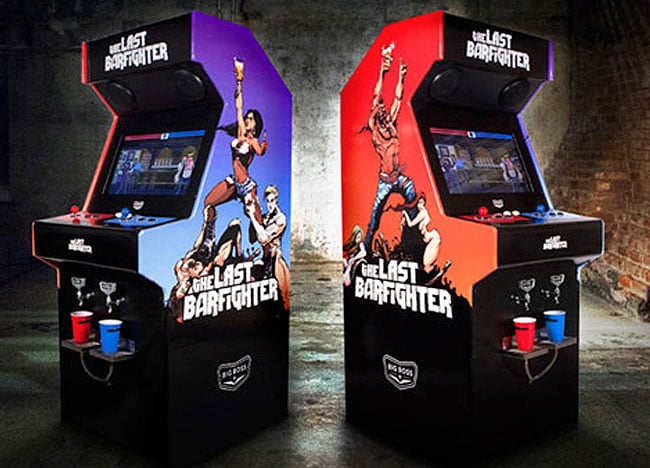 “In what looks like a standard biker bar, the players fight in three rounds using basic fighting moves like punches and kicks, as well as signature moves like fire throwing, unicorn horn impaling and butt slaps. The best player of the three rounds wins, and a sample of beer is automatically dispensed via the Beercade taps.”

“Beercade uses a custom-made system that re-utilizes certain retro nostalgic arcade machine user actions for its concept,”-“Its coin slot has been replaced with a few drip trays, cupholders and motion sensors to accept a cup in place of a quarter. When we started, we were trying to find a way for retro arcade machines to live again, and when we brought the idea to our client Big Boss Brewing, they jumped on board.”