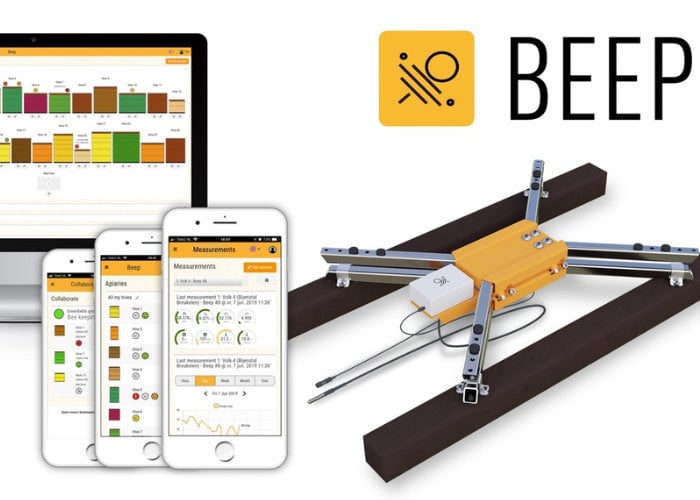 The BEEP Foundation has created a new sensor system specifically created for beekeepers to help the measure the weight, temperature and environment within around their hives. The BEEP system comes complete with its own smartphone application and has been developed by a team in the Netherlands and launched via Kickstarter this week with earlybird pledges available from €69 for the BEEP PCB.

The BEEP foundation supports beekeepers in taking care of honeybee colonies. Beekeepers can log their observations in the BEEP app and complement this with automatic observations using sensors. This supports beekeepers to care for the health of bee colonies and react swiftly when conditions change. The BEEP base is affordable, sustainable, easy to use and there are no recurring costs. BEEP makes digital tools to improve beekeeping, that are affordable for everyone. 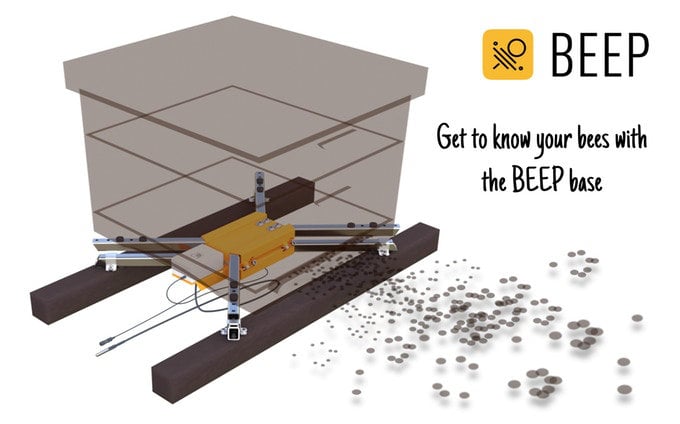 “BEEP has been founded by beekeeper and engineer Marten Schoonman and product developer Pim van Gennip in 2016. Together they form the board of BEEP foundation, which is registered in The Netherlands as a mission-driven, not-for-profit organisation. The supervisory board members are Koos Biesmeijer (scientific director of Naturalis Biodiversity Center), Frens Pries (Lector bee health at Van Hall Larenstein) en Nadine Schalk (manager of the Dutch Beekeepers Association, NBV).”

POlace the BEEP base under your bee hive and connect it to the LoRa network to measure weight, temperature in the hive, and sound. The BEEP base sends this information to the free BEEP app and can be accessed via smartphone, computer or tablet and supplement it with your own inspection data.