Max Thrun has created an awesome handheld gaming console called the BeagleBone GamingCape which transforms a BeagleBone development board into a full fledged hand-held gaming console. Capable of playing all the classics games from consoles such as NES, Gameboy, Sega GameGear, and even Doom from the PC.

The BeagleBone GamingCape is powered by 4 x AAA batteries and features a 320 × 240 resolution 16Bit Color TFT LCD display, and is flitted with an analog joystick and 2 x thumb buttons, together with a 3D Gyro, 3D Accelerometer, 3D Magnetometer. 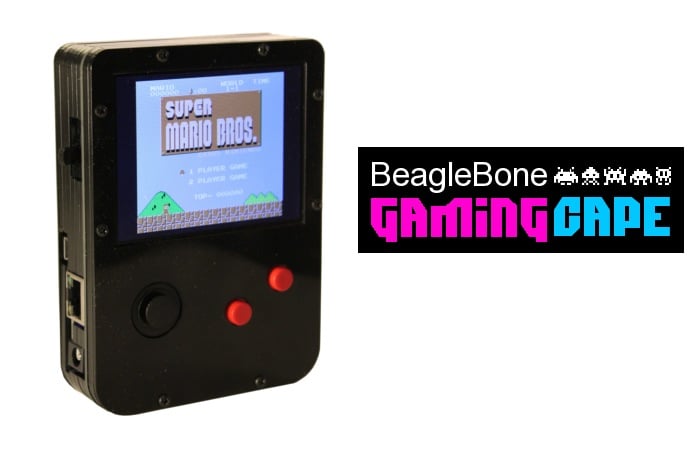 “The GamingCape is a conglomerate of existing, open source, BeagleBone capes all brought together in a handheld game console form factor inspired by the original Nintendo Gameboy. The four designs that I primarily leveraged are the LCD3, Audio , and Battery capes from CircuitCo and Interacto by Chris Clark. 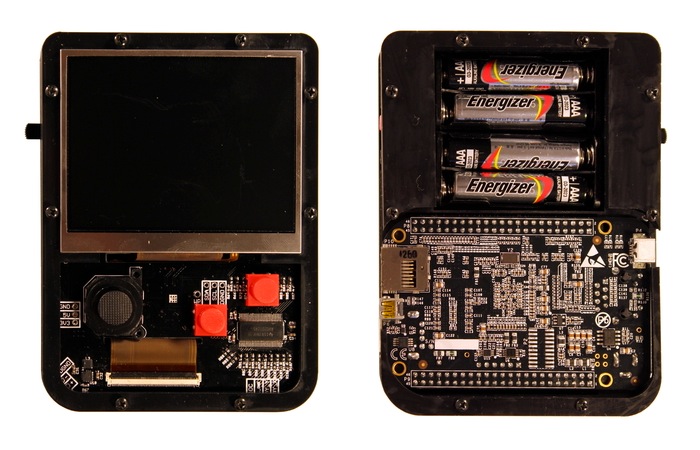 Doing the layout was a little tricky because I had to be aware of all the areas where the case would touch the PCB. This led to some tight layouts such as the 5V power supply stuff (top layer, right below the switch). I also had to completely re-layout the 3D gyro and accelerometer components once because I had the keep-out layers disabled and didn’t realize the space I was in was going to be hit.”

For more information on the BeagleBone GamingCape jump over to the Max Thrun website for details.