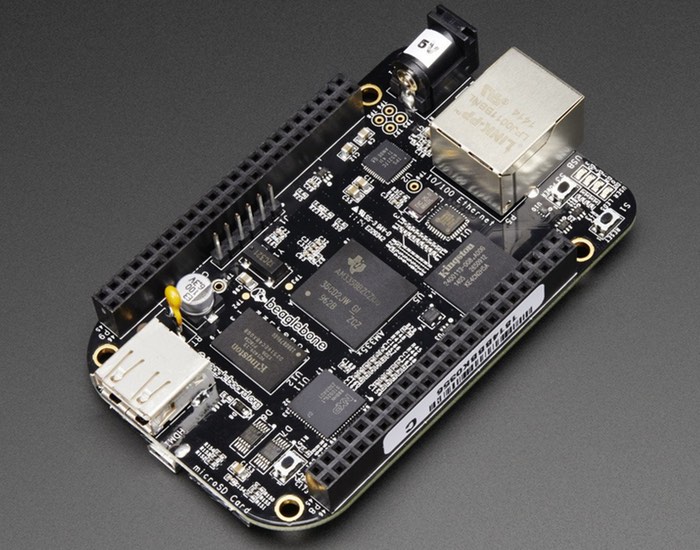 Joonas explains more about his testing :

Based on the GPIO tests I’ve carried out today and what I’ve learned along the way, I think one can draw four conclusions regarding BeagleBone Black GPIO access and performance:

– Adafruit’s GPIO library is an easy and average performance candidate of manipulating the GPIO, and definitely speedy enough for any LED toggling or motor driving activities needed

– Single core processor introduces 10 ms delays to GPIO toggling, so any communications need to be done with hardware UART, I2C, etc. methods, which thankfully exist on the BeagleBone as well

– The “overlay” system introduced in recent kernels has increased the access curve for advanced GPIO access beyond what most beginners can do. It took me half a day, and I have two decades of programming and Linux experience.

– Only the memory-mapped C access can be considered fast, and even that falls short of Raspberry Pi’s 20+ MHz speed. So against the Pi, BeagleBone’s strengths is mainly the adaptability of the cape system (I haven’t checked if the Pi has had similar developments along with kernel upgrades, though

For a run through of all the testing as well as access to the previous Raspberry Pi 1 and Raspberry Pi 2 GPIO results jump over to the Code & Life website via the link below. If you enjoyed this article you are sure to enjoy how to build your very own Arduino wind speed meter or anemometer project which is easy to build with basic Arduino skills.