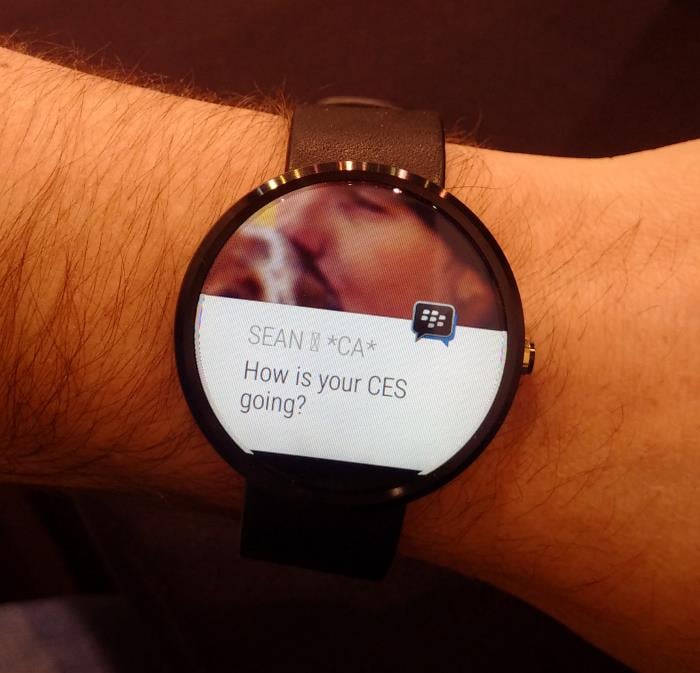 BlackBerry’s instant messaging app BBM is already available on major mobile platforms, allowing users to get in touch with their friends and family across the globe.

Recently, the company announced that BBM will soon make its way to Android Wear, which will give users the ability to make use of several BBM features without taking out the smartphone from their pocket.

With BBM for Android Wear, users will be able to read the message from their wrist, accept/review invites from BBM contacts, use Google Now and voice recognition to reply to messages, and much more.

Here’s a list of features you will be able to enjoy with BBM for Android Wear:

The company didn’t reveal an exact availability date except “it will be available soon.”