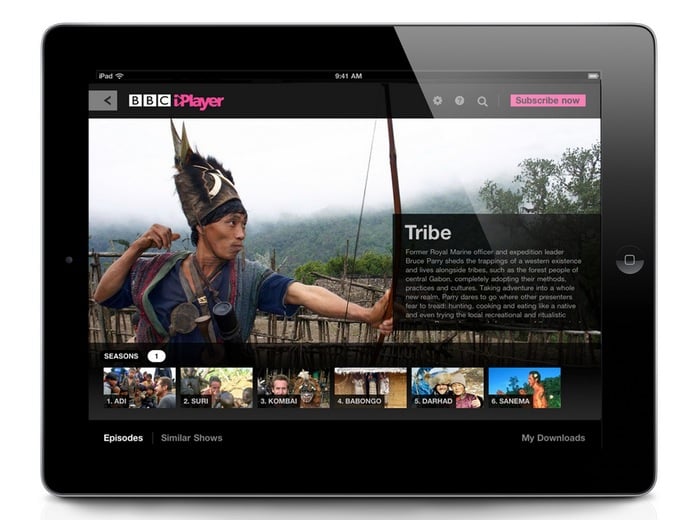 In its ongoing effort to remove Adobe Flash from its BBC iPlayer service, the BBC has this week announced the start of its BBC iPlayer HTML 5 player beta to deliver both audio and video.

The BBC has been using HTML 5 to deliver video to iOS devices for some time, however the broadcaster now feels that it is capable of providing playback on other platforms without the need to use the Flash third-party plug-in.

The BBC has also this week announced a native Android player for the BBC iPlayer service. The BBC explains a little more about the new HTML 5 trials.

This is the first step towards making the HTML5 player our default, but we recognise that many users will rely on our Flash player for some time to come. We plan to continue supporting Flash on the desktop for at least the next few years.

This is partly because playing video using HTML5 requires a more powerful computer than Flash, and we don’t want to leave behind those users who cannot, or do not wish to, upgrade. However, it’s also because we need to ensure all content is available using MPEG-DASH. As we roll out our Video Factory and Audio Factory projects to other parts of the BBC we’ll be able to increase the amount of content available via MPEG-DASH and HTML5.

While we’ll try to ensure our HTML5 and Android beta players function correctly we cannot yet guarantee they will match our Flash player in terms of speed, reliability or functionality. We’ll be regularly releasing updates to fix bugs and improve performance, as well as to implement advanced features such as Chromecast in the HTML5 player.