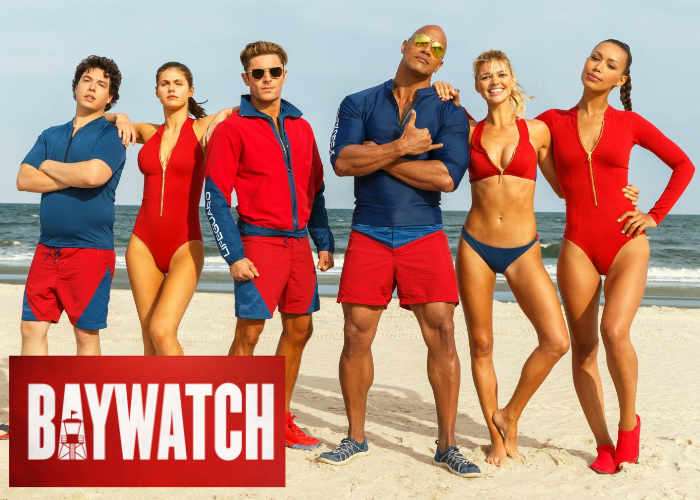 Watch the latest two minute plus trailer which has been released by Paramount Pictures this week to whet your appetite ahead of the movie’s release following the story of devoted lifeguard Mitch Buchannon (Johnson) as he butts heads with a brash new recruit (Efron).

Mitch Buchannon, the gung-ho leader of the elite Baywatch lifeguard squad, clashes with new recruit Matt Brody, a washed-up pro athlete brought in as the new face of the organization. However, when a dead body is recovered from the ocean, the two must put aside their personal differences and work with their team to stop a criminal mastermind’s drug trafficking operation