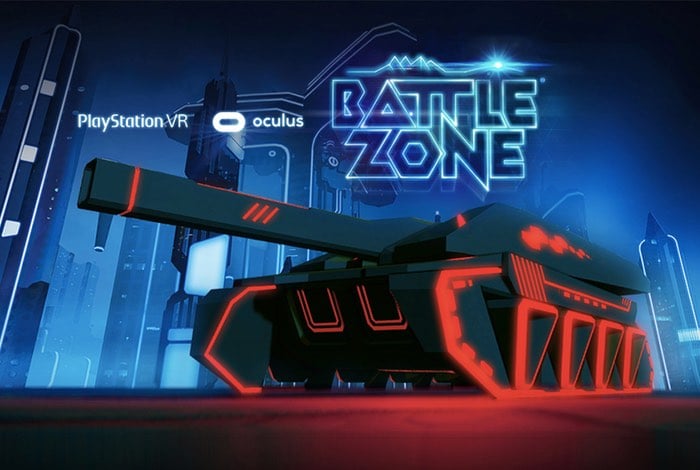 Jason Kingsley Creative Director and Co-founder of the Rebellion game development studio has taken to the official PlayStation blog this week to reveal more details about the new Battlezone game which is currently under development as a virtual reality title as will be made available to play both on the PlayStation VR and Oculus Rift headsets.

Kingsley has revealed more details about the games single campaign ahead of Sony’s PlayStation VR event which is taking place later today. During which Sony is expected to announce official launch dates and pricing for its new PlayStation virtual reality hardware.

Below is the new Battlezone campaign trailer which provides a good glimpse at what you can expect from the game whilst playing wearing your PlayStation VR headset. More details about the single player campaign below.

We’ve chatted about it a little before on PlayStation.Blog, but it’s probably worth repeating that yes, there’s a sizeable single-player campaign at the heart of the Battlezone, but there’s also something a little bit different going on underneath…

Today we’re showing off a new campaign trailer that gives you lovely, sweeping views of some new levels we’ve been working on, including a stunning night-time arena, glowing industrial environments, windswept ice wastes, and a heavily updated version of the “neon” level seen in the game’s original teaser.

Oh, and don’t forget to check out the completely redesigned cockpit packed with cool new details and panels!
As a player, you’ll experience explosive vehicle tank combat across all these different environments — and more — but what’s most exciting is that once you’ve completed the campaign, your next playthrough will be very different.

The campaign map where you pick missions is structured across a series of interlocking “hexes” that need to be completed to progress to the finale, and it’s up to you to forge a path through the campaign of your own choosing.

For more information on the new Battlezone VR game jump over to the official PlayStation blog website for details.