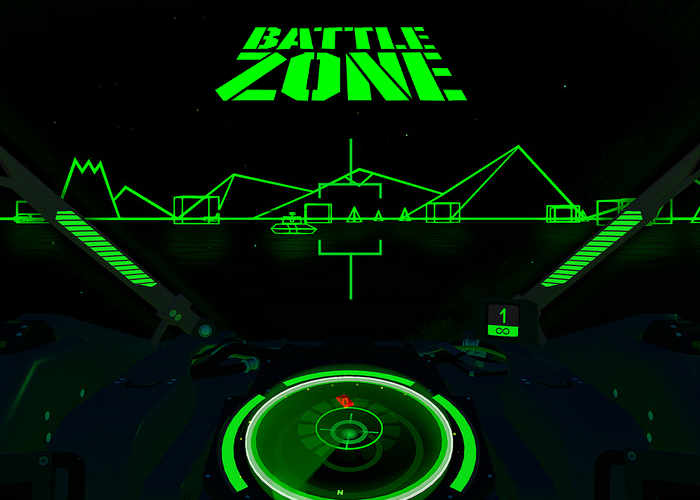 Fans of the original Battlezone tank battling simulation game that was originally launched back in the 1980s as an arcade game, are sure to enjoy the new Battlezone Classic Mode that has been created for the PlayStation 4 virtual reality game.

The Battlezone Classic Mode will be available to download and play in a few days time from December 20th onwards and you can check out a glimpse at what you can expect from the new mode in the teaser trailer below.

The original version of Battlezone unarguably deserves its place in the pantheon of greats. 36 years ago, Atari unleashed the arcade game on the world and created an entire new genre: the first-person shooter. The cabinet also featured an innovative periscope viewer thorough which you’d peer into the game’s green wireframe world, creating an intimate, personal experience that resembled VR.

When we designed Battlezone for PlayStation VR, we tried to extrapolate from the concepts of the original. We aimed to create a dynamic, modern VR shooter that still retained those core elements and recreated that feeling of being right there.
With the game finally out we had some time to take stock, take a breath and have some fun with what we’ve made. A thought occurred: Could we recreate the original arcade experience in VR? Could we take that inimitable retro arcade feeling and bring it to players at home?