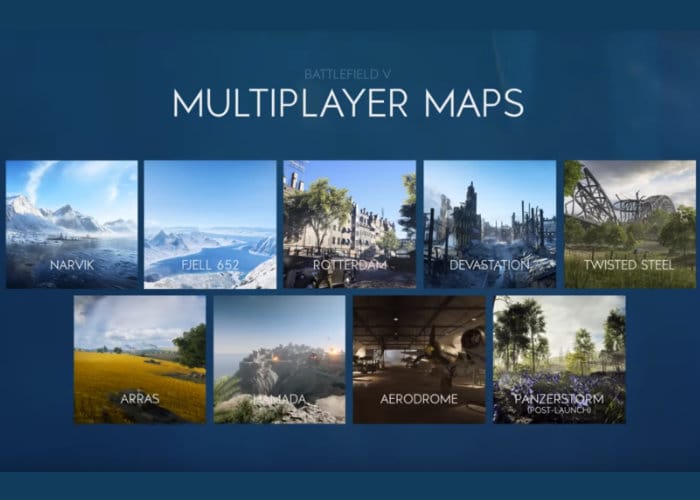 Gamers looking forward to the new Battlefield 5 first person shooter launch later this month are sure to enjoy this brief look at the eight multiplayer maps that will be available at launch. Check out the three minute teaser trailer below for an overview of each.

“Enter mankind’s greatest conflict with Battlefield V as the series goes back to its roots with a never-before-seen portrayal of World War 2. Lead your squad to victory in all-new multiplayer experiences like the multi-map Grand Operations. Fight across the globe in the single-player War Stories campaign. Assemble your Company of customized soldiers, weapons, and vehicles – then take them on an expanding journey through Tides of War. This is the most intense, immersive, and innovative Battlefield yet. You will never be the same.”

For more details on each of the maps jump over to the official Battlefield V news site by following the link below.