Battlefield 4 gamers who enjoy taking on a more commanding role within the new first-person shooter (FPS) video game. Might be interested to know that the game developer DICE has over the weekend made available their new Battlefield 4 Commander App for free on iTunes for Apple’s iPad range of tablets.

The new Battlefield 4 Commander App for iOS supports anything from the iPad 2 and newer running iOS 6.1 or later and will soon be arriving on Android devices later this month. 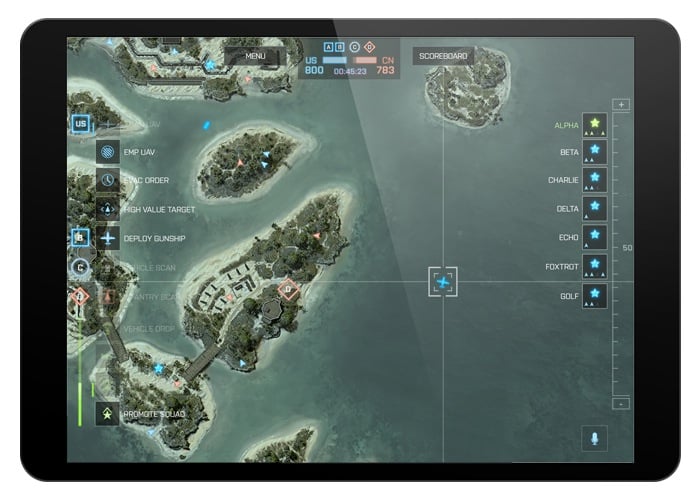 DICE explain a little more in their announcement “You’ve been enjoying Commander Mode on your PC and console, deploying war assets and issuing commands to your Battlefield 4 team mates. Now, the power of command extends to tablets as we release the Battlefield 4 Commander app! Thanks to a slick interface and intuitive touch controls, the app will give you the full Commander experience on the go.”

The new Battlefield 4 Commander App will work whether you play the PC or console version of the game and you can select specific servers to join through the Battlelog app.