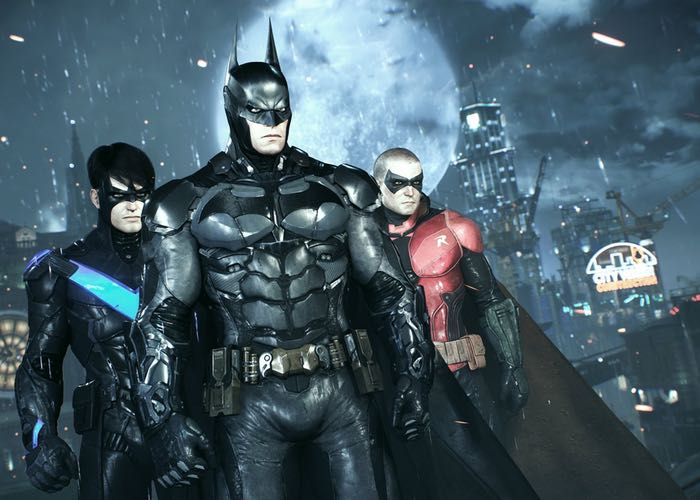 Gamers patiently waiting for the launch of the new highly anticipated Batman Arkham Knight game will be pleased to know that it is now available to purchase worldwide and available to play on next-generation games console’s.

Batman Arkham Knight has been developed by Rocksteady Studios and published by Warner Bros. Interactive Entertainment and is set one year after the events of the Batman: Arkham City game released back in 2011.

The gam is open and allows players to explore Gotham City from the beginning without any loading transitions while moving. A new launch trailer has also been released today which provides more information about the story as well as the gameplay that players will be able to enjoy, check it out below.

The game’s main storyline follows Batman as he confronts the Scarecrow, who has launched an attack on Gotham City, causing a city-wide evacuation. Aided by the mysterious Arkham Knight, an original character created for the game, the Scarecrow unites Batman’s greatest foes in a plot to finally kill the Dark Knight.