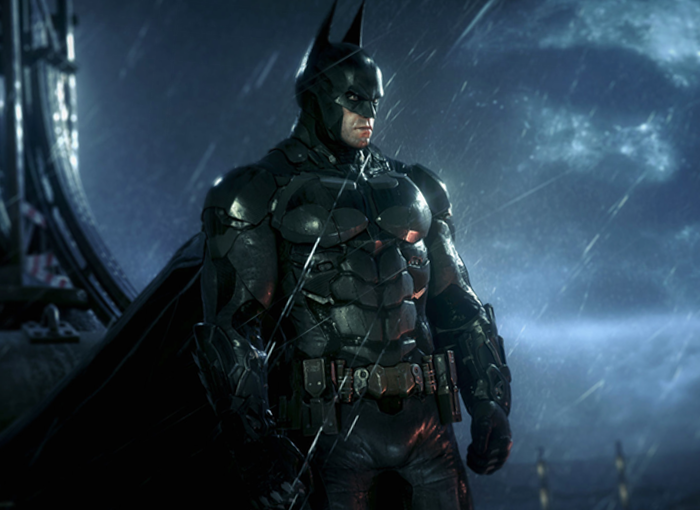 Batman fans looking forward to the launch of the upcoming Batman: Arkham Knight game are sure to enjoy this new gameplay trailer entitled”Evening the Odds”. Check it out after the jump.

Within Batman: Arkham Knight many gadgets and gameplay elements from previous Arkham games return, including the grapnel gun, line launcher and batarangs, the countering system and detective vision.

Batman: Arkham Knight is the latest action-adventure video game in the series and has been developed by Rocksteady Studios and will be released by Warner Bros. Interactive Entertainment for Sony’s PlayStation 4 and Microsoft’s Xbox One video consoles.

“Scarecrow returns to Gotham City with a scheme to unite the Rogues Gallery and destroy the Batman once and for all. As the citizens of Gotham flee and criminal gangs take control of the city, Batman evens the odds taking to the streets in the legendary Batmobile to ignite the fight that will decide the future of the city that he is sworn to protect.”