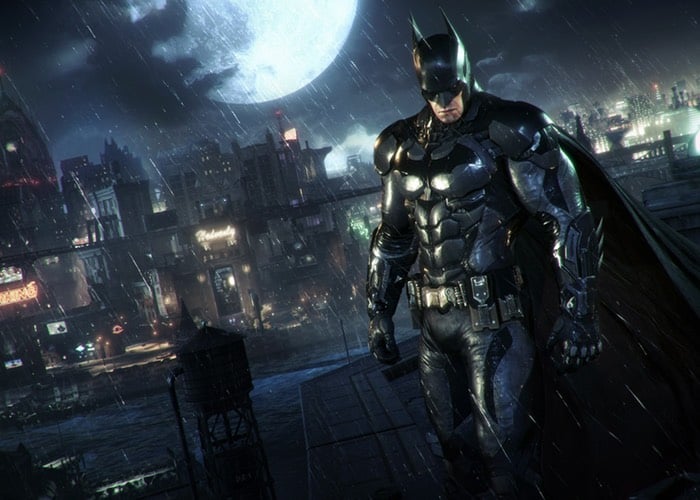 Gamers waiting for the launch of the new Batman Arkham Knight game will be a little disappointed to hear that the game’s release has now been pushed back in a few weeks and will officially launch on June 23rd, 2015 rather than June 2nd.

To make up for the delay of Batman Arkham Knight a new gameplay trailer has been released providing a glimpse of what you can expect to enjoy whilst playing on a PlayStation 4. Check it out in the video below.

“We’re a developer that hates to make any compromises, so we are sorry to say this means it’s going to be just a little bit longer until you can play the epic conclusion to the Arkham trilogy,”

“As a reward for your patience and understanding, and to make the wait even more unbearable, we are pleased to whet your appetite with a new gameplay video of Batman: Arkham Knight.”

“Thanks so much from everyone at Rocksteady for your continued support. We are working as hard as we can to make you proud.”

For more information on the new Batman Arkham Knight game that is also set to be launched on next-generation consoles later this year jump over to the official website for details.

“As the citizens of Gotham flee and criminal gangs take control of the city, Batman uses his own special methods to discover the true purpose behind Scarecrow’s plans. “
Source: Eurogamer