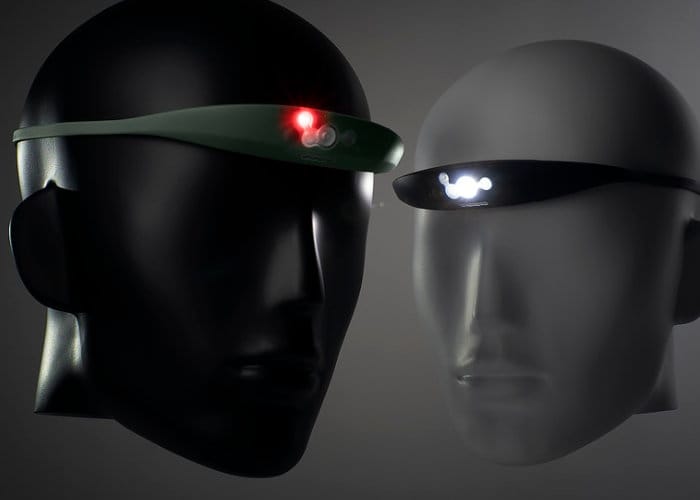 Adventurers, campers, runners or anyone else looking for a lightweight headtorch might be interested in the new Bandicoot, created by Knog located in Melbourne, Australia. Watch the demonstration video below to learn more about the lightweight silicone headtorch. Bandicoot has this week launched by a Kickstarter and is now available to back with early bird pledges available from just AU$29 or £16 with worldwide delivery expected to take place during November 2018.

The new head torch weighs just 49 g and is equipped with a rechargeable lithium polymer battery and has been certified waterproof to IP67 standards and thanks to its 4 sets of LEDs is capable of pumping out over 100+ lumens. The development team behind the Bandicoot explain more about its design and features. “The real story here is the fact that we haven’t traded off optics for looks. We have both – form and function.  We’ve placed these LEDs in the optimum position for their purpose. This means no bulky, hinged lighthead, no bulky battery pack on the back, and no elastic fabric over the top of your head to hold it all together. “

The Bandicoot head torch is available in four different colours including black, navy, red and green all finished with a Yick Sang YS20043 surface texture. For more information and a full list of all the available pledges jump over to the official Kickstarter campaign page by following the link below.