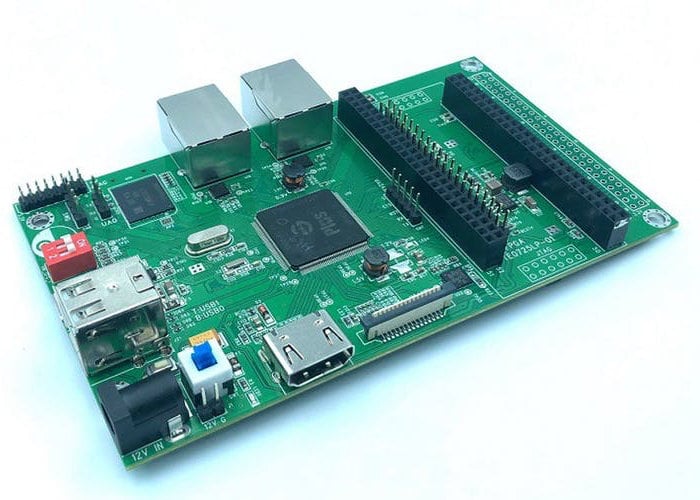 Taking to the Hackster.io website this month the development team at Banana Pi have unveiled a new Banana Pi BPI-F2S with SunPlus SP7021 chip design. The Banana Pi BPI-F2S is the first board created thanks to a partnership between the Banana Pi team and SunPlus, offering and industrial grade single board mini PC.

“SunPlus sf7021 is a revolutionary SoC that has the power of a Linux-grade chip and the integration simplicity of a microcontroller.it with ARM Cortex-A7 Quad core, ARM926 real-time core, 8051 low-power coreConceived by Sunplus Technology in collaboration with Tibbo Technology, PLUS1 takes all the sophisticated elements typically found in modern industrial-grade embedded Linux chips, adds a plethora of features targeting IoT and industrial control applications, and delivers the resulting design in a simple microcontroller-like package that needs few external components, simplifies the schematic diagram, and reduces the PCB complexity.”

Features and specifications of the Banana Pi BPI-F2S mini PC :